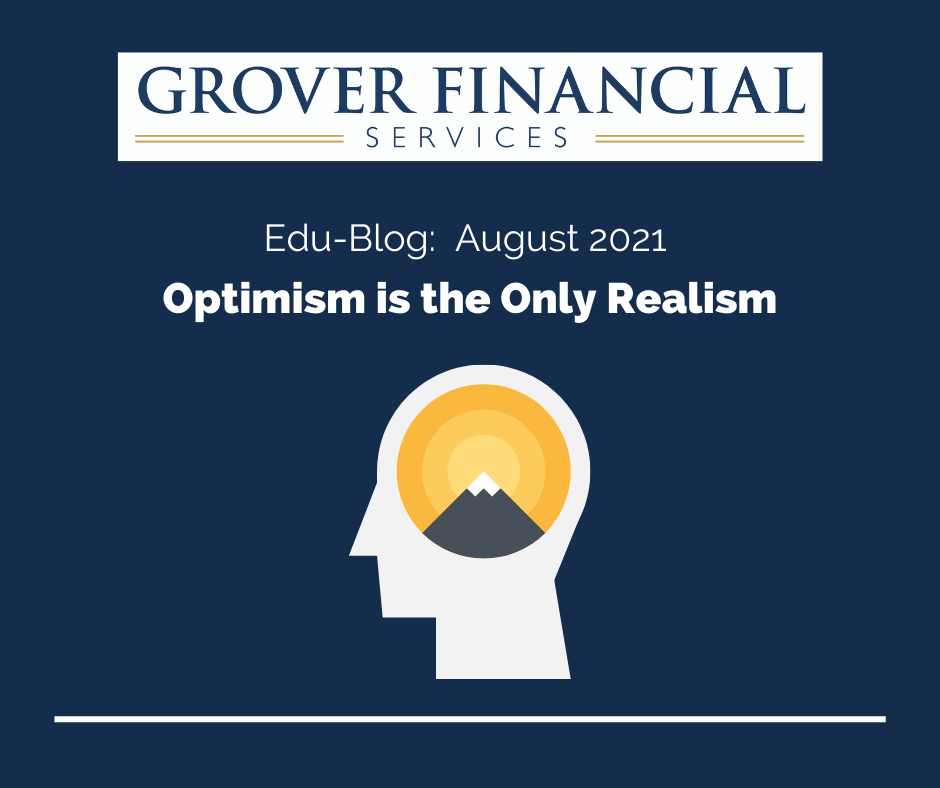 Optimism is the Only Realism Part 4- GDP, S&P 500, and Compounding Dividends

What are the big things that people worried about finance tend to pay attention to? GDP and the S&P 500. Those are the titans that tell us when it’s time to tighten our bootstraps or go out and buy new ones.

GDP stands for Gross Domestic Product, and it represents the total monetary value of the finished goods and services produced inside a country. In a GDP, the cost of producing these goods and services is subtracted, so we’re left with the real raw number for how much value we have added to our economy in a given year. Basically, it works the same way as what’s in your bank account - if there’s a lot there by the end of the year, it means you worked hard and made some money. That’s a good thing, so anytime you see our GDP rise, think of it as a good thing, too.

S&P 500 is a measure of how the stock market is performing. It takes the 500 largest U.S. publicly traded companies across 11 sectors to get a general idea of how healthy the stock market as a whole has been in the past year. If the S&P 500 is high, it means that these prominent companies are doing pretty good, so think of it like your bank account again: high numbers, happy customers.

Now that we know what they are, let’s talk about how often they are misinterpreted.

We tend to catastrophize our economy and convince ourselves that it’s in worse shape than it is. Any fluctuation in these two titans means we act like the world is in flames. Even now, the general consensus is that our economy is deep down the drain, and it only got deeper when we flushed a pandemic through the pipeline.

But like I said last week, my greatest goal is to offer you some perspective. That means showing you all how the “good old days” were worse than we thought, and today is better than we think. I believe that looking at our past is the best way to put our present into perspective. So let’s take a trip down memory lane.

Even the global population, which we mentioned being 4.1 billion back in the day, reached 7.29 billion by 2015. Yet, even with this onslaught of people, extreme poverty was slashed from one in two people to one in ten. That's a significant increase in the number of middle-class consumers.

Don’t attribute the power of GDP’s jump to the fact that more people existed to contribute to the economy as time went on. With a 50% population increase, real GDP still more than tripled, meaning that real GDP per capita soared significantly over the years.

Additionally, the S & P 500 rose more than twenty times since the ’70s, while general consumer prices only rarely rose more than four and a half times. All of these come together to mean that we have witnessed the greatest acceleration of real wealth by real people in the history of the world.

So, before anyone tries to tell you that life was better before computers and complicated economies, remember that economies were always complex. A few minutes of research on your computer can tell you that nothing gets better by going back in time.

Long story short, worrying doesn’t generate wealth, and if it did, you wouldn’t need me right now. You’re here because you’re interested in the best way to make and manage money. So I’ll tell you: be optimistic.

It’s true; money can’t buy happiness. But happiness can buy you money. That’s because remaining optimistic is the best way not to get bullied by mood swings in the market or bad news in the media. There is always a pot of gold at the end of the rainbow, and if you drown every time it rains, you’ll never find the time to take it.

Stay positive, people! And stick around for next month.